If you use a block of advertising in the middle of a playlist, it can be handy to create your own playlist to use as an element (nested playlist) in the main playlist. Especially if the ad block should not only be used in one, but in many different playlists. If the advertisement changes, then only one playlist needs to be edited, even if the ads appear in many different playlists. 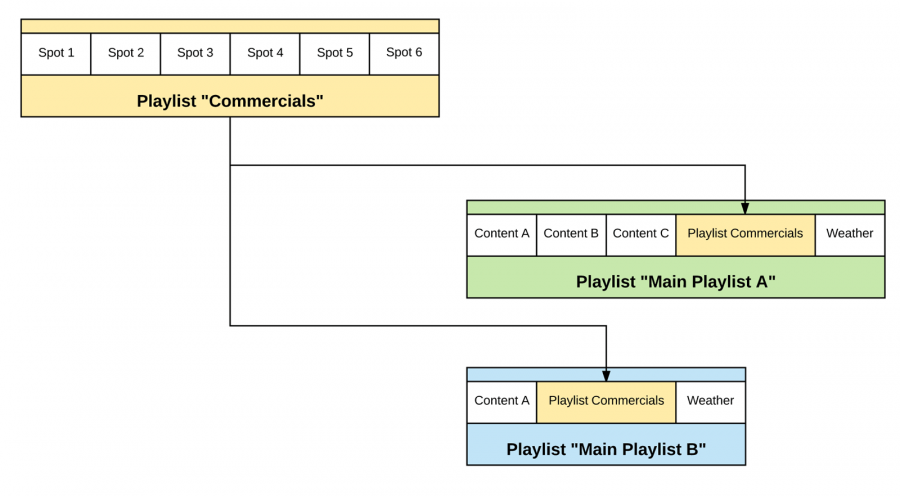 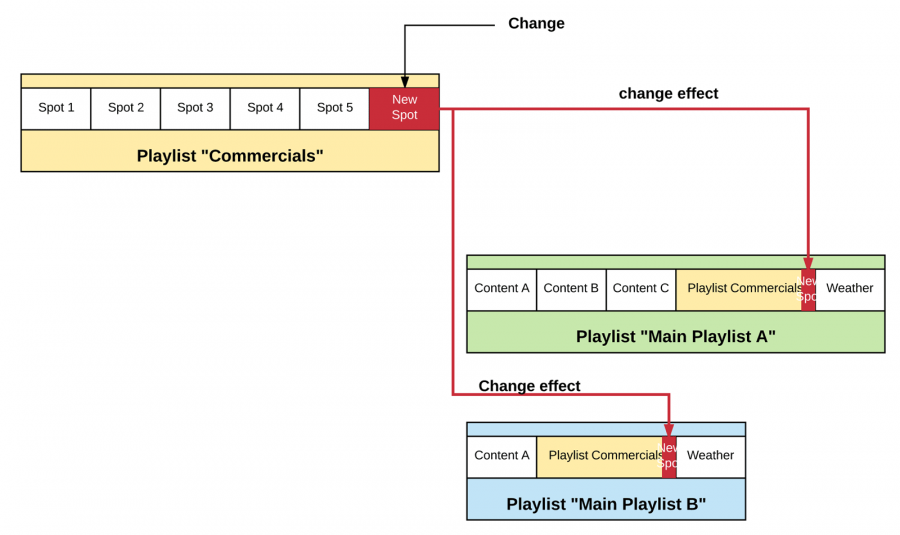 Define the play behavior of the ad block

Often you do not want all the contents of the ad block to be played when it's called up. By setting the play behavior, you can set it so that each time it is played only two commercials are played. The following time the playlist is played, the next two commercials will be played and so on. It provides a way to cycle through advertising, while still limiting the number of ads being shown during any given play through.