Additional information can also be found under the viewneo Reports section.

viewneo Reports are designed to help you get an overview of the history of how each player or device is operating. It helps to answer questions, such as:

How does viewneo Reports work?

If the "Report" function is active, then each player sends

to the viewneo cloud data with information, such as the:

just to name a few of the more important ones.

It is possible to enable or disable reporting for both individual devices, as well as for an entire device group.

How can you view Reports?

There are several ways to view the data in viewneo. Such as information about the devices, playlists, as well as the individual content.

Each player can be individually selected through the Device Management settings. Clicking on the respective device with the right mouse button will open a drop-down menu, where you will be able to select the entry "Reports". 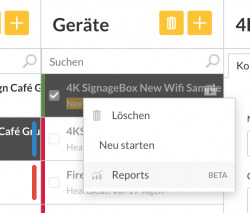 This will open a window that will show the current playing history of the selected player: 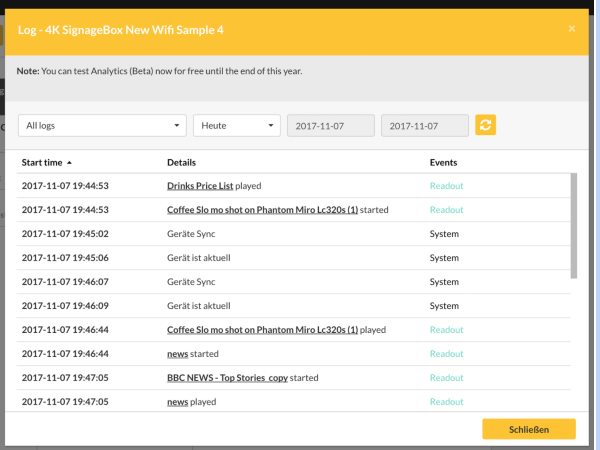 Start Time – The time the player performed an action, such as playing content or synchronizing in the background.

The list can be sorted by clicking on the respective column header, marked with an arrow, after the corresponding column.

Here you can select whether all types of events or only selected events should be displayed in the list. 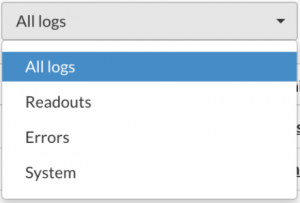 This section allows you to define the period which you want to be considered. 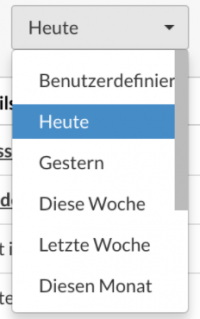 If the entry "Custom" has been selected, then the two fields on the right will need to be filled in with start and end dates.

After selecting the filter, the list must be refreshed by clicking the reload button.

If the event is a "playout" of content, then by clicking on the name of the content that was broadcast, you can get more information about that content.

This opens a window that provides a graphical display of the content based on chronological order.

The number of times the selected content is broadcast - on all devices in all device groups, not only on the previously selected device. 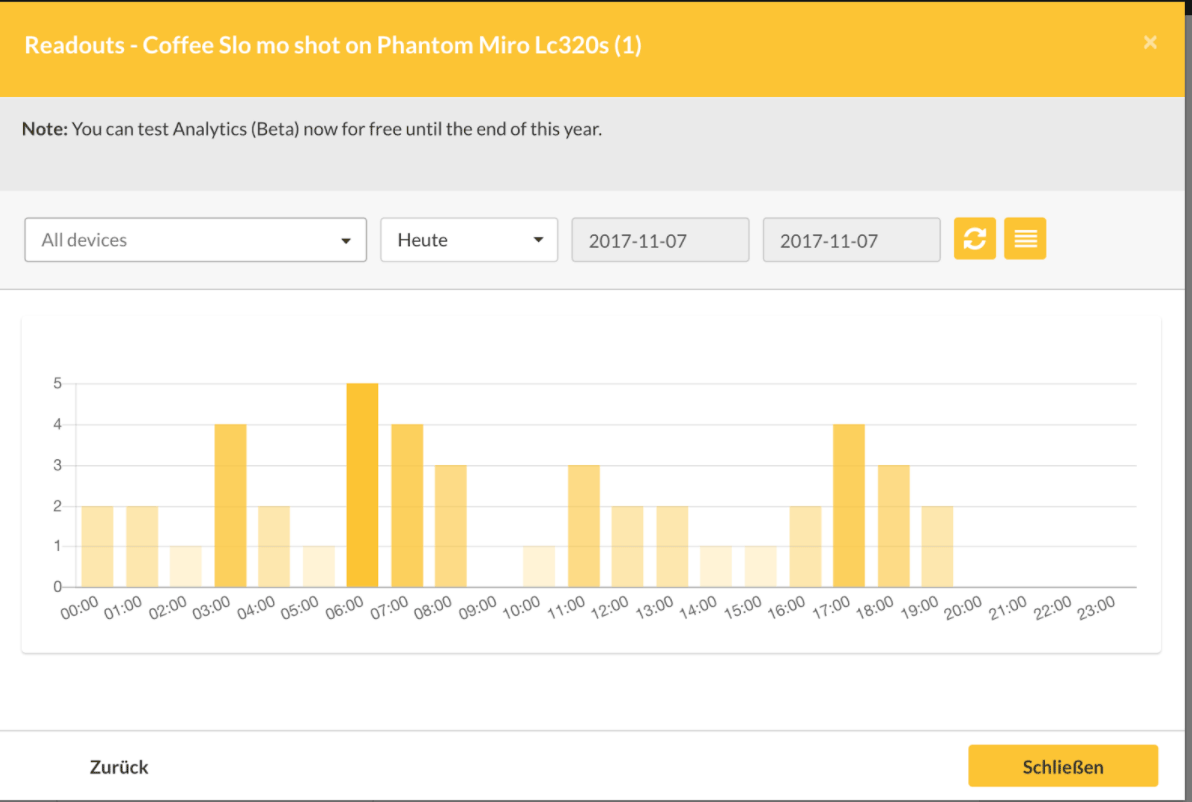